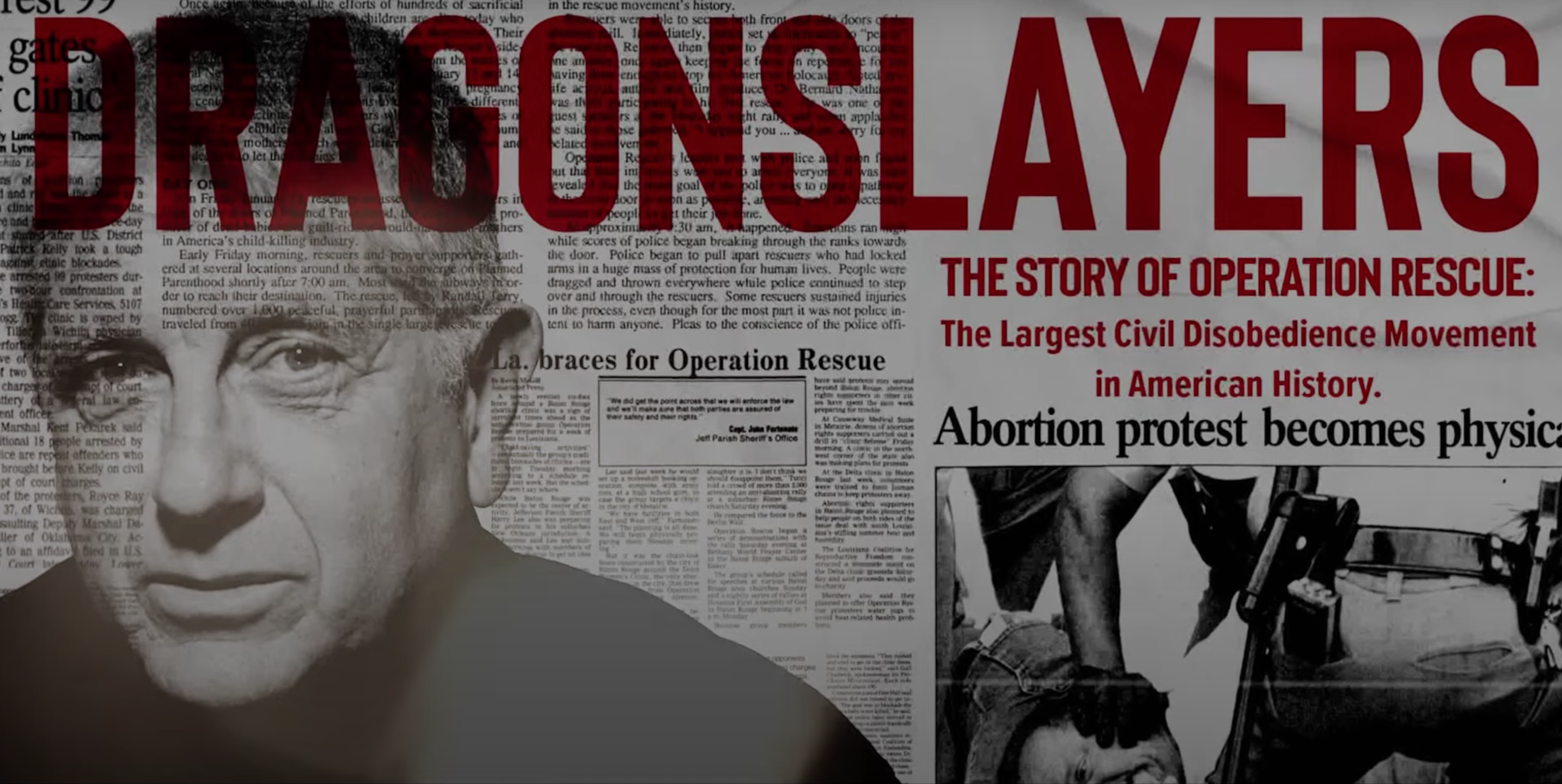 The call to repentance has changed form over the years since. Large-scale arrests have been winnowed down to Gideon’s 300 as now the arrests involve, not thousands, but dozens at-a-time or just three-or-four of God’s faithful saints across the nation. Because God is economic in the manner in which He numbers His people in battle, those hundreds of thousands work in other ways, and the more that His people are whittled-away in this battle to protect child-sacrifice in a nation that once honored God, the more His cycles of judgment fall hard and heavy on this nation.
Less than two-years after the abortion industry and the U.S. government ruled against the Christian’s right to speak freely in the press about the murders of these children (ACLA vs Planned Parenthood), enemies of this nation were able to penetrate our defenses to destroy the Twin Towers and damage the heart of America’s military complex, the Pentagon. God’s hand was raised in warning, but restrained terrorists from utterly destroying America’s military infrastructure on 9-1-1.
Following that judgment, more out of outrage than for the sake of repenting of our own evil, there was a burp in the direction of repentance, but the vocal majority of “Christians” denied that the tragedy on 9-1-1 had anything to do with God judging the nation. In short order it was “business as usual” with masses of those claiming to be God’s people going right back to their comfortable lives and pursuing their fantasy-pleasures. (I hear the bleating of goats!)
We have seen a new wave of judgment as a result; those who would not speak up and act to protect the lives of other people’s [unborn] children under the excuse that “I would never have an abortion but I can’t stop others from having one,” and the putrid idea that the slaughtering of unborn children in America could be reduced down to mere “politics” and of no concern to “churches,” are gasping at the theft of their own offspring.
We reap as we have sown. God has removed His hand of protection from our own children. They are shot down in mass shootings at schools, malls, concerts and on street corners; they are living on the street under addiction and sloth; they are being twisted through “gender politics” and indoctrination that denies their having been created to image God. Their parent’s ability to protect them has been shattered in all directions. (Prove to me that this is not so!)
Yet still those identifying themselves as “Christian” refuse to speak up for the unborn and offer them aid. Such advocacy for our neighbors is, they insist, “too much,” “too aggressive,” and not nearly as important as “church-growth” and living at peace with those Moabites who worship their “choice” to abhorrently sacrifice babies they deem to be “unwanted” (Lev 20:1-5; Pro 24:10-12).
Our government has grown in weakness and is no longer respected among the nations. We have had three-years of judgment under a weaponized virus, vaccines that are killing people, even our young athletes. We have lost faith in our government and its willingness to protect the people of this nation against lawbreakers and foreigners, deadly pharmaceutical and street concoctions. We have a government bent passionate on the preservation of elitists of any nation over the ordinary citizen.
God allowed us a spark of hope in the overturning of Roe v. Wade, but what did we do with that grace? All we saw was the smallest smattering of applause and the nocturnal emission of “praise” to suggest, “See, God can handle matters of justice on His own; we need not upset ourselves over our neighbors.”
The churches have moved from weakness, to weakness and do not understand why the world despises their rituals. Preachers are mere motivational speakers, even comedians, and congregations will not tolerate the righteous man or woman among them. But still our churches insist that surely we have no need of repentance, and God is just wanting to swaddle us in His grace. Such notions are like the air that is exhaled as they are spoken; they are useless vapors that will only result in another, harsher wave of greater judgment as He spews out those who prefer their conviviality with the world over the justice God requires of us.

Thank you for your prayers and help.

For Jesus and His Precious Babies,

This site uses Akismet to reduce spam. Learn how your comment data is processed.